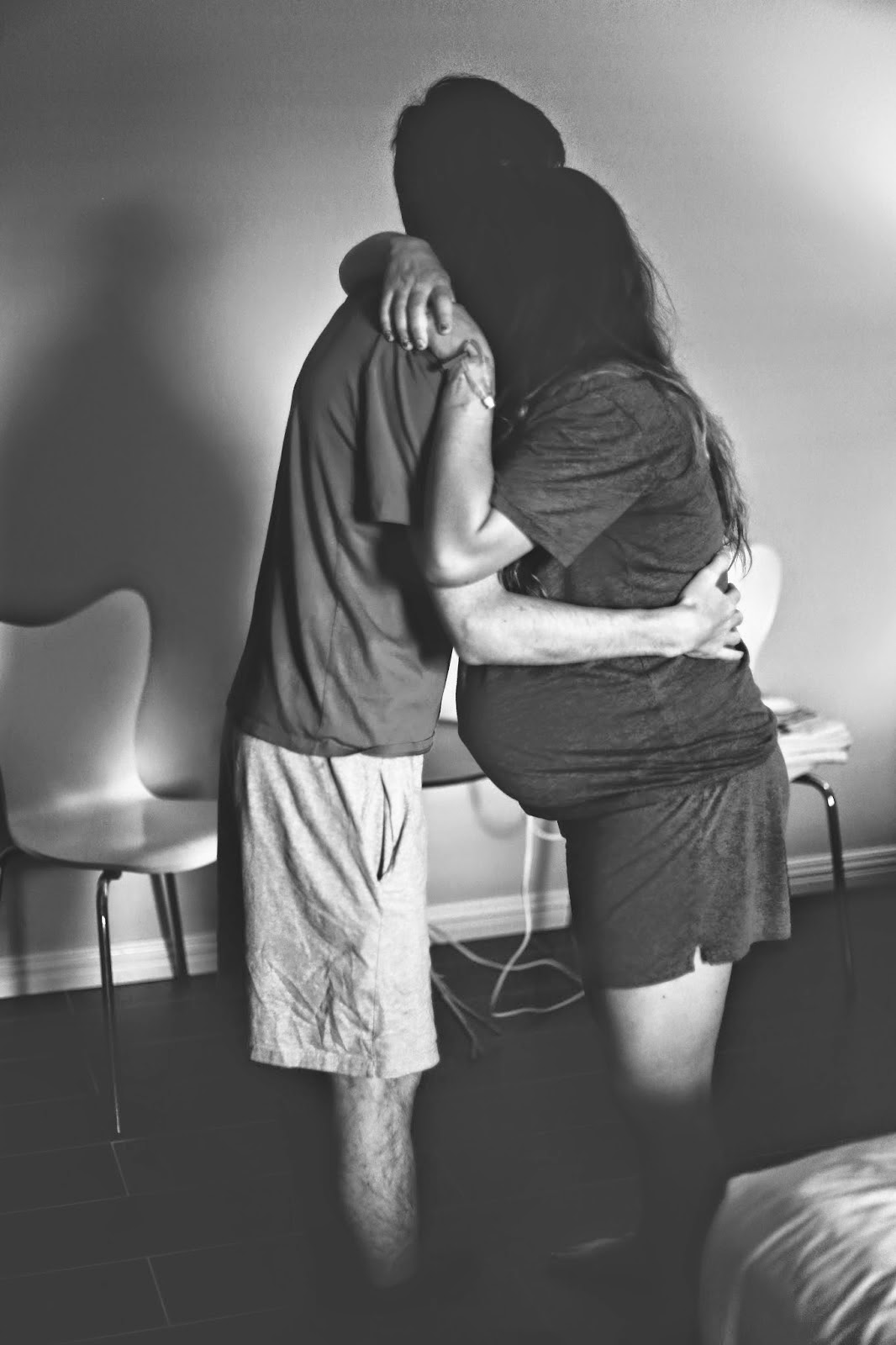 1. Run (outside for miles, up and down stairs, etc). ALL DAY.
If you DO happen to go into labor after this, congratulations! You're already tired/sore, and now it's time for the most grueling athletic challenge of your life. Oh, and it could last DAYS.

2. Sex
Sounds fun, right? Why would I regret intimate time with my husband? I wouldn't--that's the thing.  For some reason when you come on to your hubs with, "Alright, let's get this baby out of me!" the mood kind of dies.  I recommend making lots of love before baby comes, for sure, but try to make it about love! Once she's out, it'll be a while before you're medically allowed to, and maybe even longer before you have the chance. Babies don't have an off button.

3. Eat pineapple. An entire pineapple. Every day for a week.
You know how when you listen to a song you really like over and over again for too long, it gets old? Don't do that to a food you really love--you won't want it again for a long time. And it'll make your mouth hurt.  Same goes for spicy food--eat what you want to eat and don't make yourself hate things you love. Also, don't pair spicy food with #6.

4. Evening Primrose Oil (inserted into a special place)
What is natural about leaking slimy yuck into your underwear all day? Nothing.  Sorry for the TMI, but really.

5. Acupuncture
To be fair, I thought I made an appointment for acuPRESSURE. Daniel and I were sitting there talking, and all of a sudden I had tiny needles in my feet. And I did go into labor after an appointment. But after all of the things I tried, can I really credit it to this? I had just gotten my membranes stripped beforehand, so I imagine it had more to do with that. Also, I was a week past my due date--I think it had more to do with that than anything.

6. Castor Oil
Probably my biggest regret.  Those of you who read our BIRTH STORY know my midwife had me take castor oil during my labor since my water had broken.  Well, I left out the part where I had already taken it at home that morning on my own accord--I REALLY wanted to avoid my induction scheduling appointment a couple of days later. But after running/working out for several hours and then spending the later part of the morning on the toilet, I was already dehydrated going into a very long labor. Yikes.

The main reason I advise against trying to start labor is this: you won't be relaxed. You'll waste your last moments, days, weeks doing the opposite of relaxing, and then baby will be here and you'll wonder if you should totally take the word RELAX out of your life dictionary. Oh, it'll be SO wonderful to have baby here--it'll be the most incredible thing you had no idea you were missing out on your entire life. But baby will come when she's ready, no matter what you do, so why not unwind and put yourself in a healthy state of mind instead of an impatient, frantic one? I wish I had relaxed more in that last month. I love Edie and would never go back to life without her, but freaking out and wasting time I could've had with my husband/myself didn't do any good for anyone. And now we're in a tough spot where date nights and self care don't really seem realistic, especially with the issues we've run into.

Also, pregnancy is SO magical and the anticipation of meeting your teeny one is just the most insane feeling.  Soak it up and don't rush it! Hi friends! I'm Jordan--wife to Daniel, new mommy to Edie Faye, and portrait photographer based in the pretty hills of Northwest Arkansas. This space serves as a peek into my life as I navigate what it means to be young, married, and excited about it--although I don't always do it right.